FROG is a spectrally resolved autocorrelation, a seemingly minor improvement over autocorrelation.  But FROG yields far more information, and it is now the gold standard of pulse measurement.  All Swamp Optics' pulse-measurement devices feature FROG technology and operate single-shot (or multi-shot, if you like).  The award-winning GRENOUILLE design vastly simplifies FROG, rendering pulse measurement almost trivial.  GRENOUILLEs never need alignment and are very easy to place into your apparatus.  Both FROGs and GRENOUILLEs also measure the beam spatial profile and spatio-temporal distortions. GRENOUILLE works beautifully for pulses from about 20fs to 20ps long, and FROGs cover other pulse lengths. Finally, unlike most other pulse-measurement devices, FROG and GRENOUILLE measure the pulse, not the infamous coherent artifact!

Once you know your pulse, you'll want to do something about its distortions. Usually, it's best to simply re-align your laser, based on the results that FROG or GRENOUILLE provides.  But much of the time, optics after your laser introduce linear chirp into your pulse.  So we've introduced an award-winning pulse compressor for this case.  Unlike other pulse-compressors, it will never introduce spatio-temporal distortions into your beam, which limit its ability to focus.  Because most measurement techniques don't measure these distortions, you might not ever know that you had them, except that your application isn't working as well as you were hoping.  Swamp Optics' BOA Compressor is immune to them and never misaligns.

Just plug your GRENOUILLE into a nearby computer using the provided USB cable, and the Swamp Optics FROG pulse-retrieval code will retrieve your pulses' intensity and phase and all the other wonderful information FROG and GRENOUILLE measure in real time.  This user-friendly code, from the inventor of FROG and its code, provides everything you could possibly desire to know about your pulse in one elegant window. 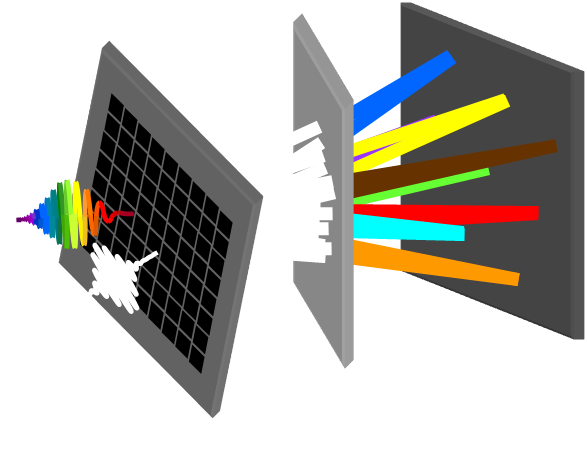 We are constantly overwhelmed with requests for exotic pulse-measurement devices!  Alas, most have only a small market, so we can't make them into standard products.  In the past, we tried to provide custom devices when possible, but they were expensive and time-consuming to create. So we're now trying something else, and so far it's working very well. You let us know your measurement problem, and we can provide an inexpensive kit of optics to solve it.  You simply mount them.  Or, if you'd like to do more, we can provide a design and advise you as to what to buy and how to build the optimal device for your needs.  Either way, we'll hold your hand through the process.  It'll be fun.

We often use our home-made components, simply because what we need is not available elsewhere. If you only need one of these components, but not the entire device, ask us. We sell at a reasonable price.

Currently, the following components are available:

Before you commit the money to buy (or the time to build) a pulse-measurement device, we recommend that you take a look at these tutorials, which will give you an idea of what's involved in measuring an ultrashort laser pulse.

Invented in the 1960s, intensity autocorrelation was the first pulse-measurement technique. It uses the  pulse to measure itself, splitting the it in two, variably delaying one with respect to the other, and  overlapping them in some rapidly responding nonlinear-optical medium.  Unfortunately, it yields only a blurry black and white image of the pulse intensity.  Nevertheless, it's important to understand it because FROG and GRENOUILLE are simply spectrally resolved autocorrelations--a seemingly minor variation, but, it turns out, a major improvement.

Why Measure the Phase?

Invented in the 1960s, intensity autocorrelation was the first pulse-measurement technique. It uses the  pulse to measure itself, splitting the it in two, variably delaying one with respect to the other, and  overlapping them in some rapidly responding nonlinear-optical medium.  Unfortunately, it yields only a blurry black and white image of the pulse intensity.  Nevertheless, it's important to understand it because FROG and GRENOUILLE are simply spectrally resolved autocorrelations--a seemingly minor variation, but, it turns out, a major improvement.

Frequency-resolved-optical-gating (FROG) is the only reliable technique for completely characterizing an ultrashort laser pulse in time. Since its introduction in 1991, FROG has evolved into a marvelously general and powerful technique for measuring ultrashort laser pulses. Instead of measuring an autocorrelator signal energy vs. delay, which yields a simple autocorrelation, FROG involves measuring the signal spectrum vs. delay. This extra dimension is the key to measuring pulses completely and without the need for assumptions. This tutorial introduces the FROG technique and its capabilities.

Ultrashort laser pulses lead difficult lives. They’re routinely dispersed, stretched, amplified, and eventually compressed to, we hope, their shortest possible width.  Whether the source is an oscillator, a regen, or a high-power amplifier, ultrashort pulses undergo massive manipulations in order to become so short.  But at what price?  Possible spatio-temporal distortions, like angular dispersion and pulse-front tilt.  This tutorial present these and other typically encountered pulse distortions and the importance of accurate observation and characterization.

Researchers in the 1960s often mistook a narrow spike in their autocorrelations, called the "coherent artifact," for the measure of their pulse length, but its width actually only yields the shortest component of the pulse, not the true pulse length. This misinterpretation continues today, as most new measurement techniques yield only the coherent artifact, and not the pulse, but this is not well known.  This astounding case of self-deception (this is the second time it has happened!) continues, but you can help educate the community to help improve ultrafast measurements. Read our tutorial.

Pulse compression is not only an alignment-intensive task, but it can also introduce problematic spatio-temporal distortions into your pulse, which limit the intensity your pulse can achieve, especially at a focus.  But Swamp Optics' award-winning single-prism pulse compressor solves all of these problems--it is physically incapable of distorting your pulse!  In addition, it is a compact, alignment-free, easy-to-work-with device that is also inexpensive—about half the price of other commercially available pulse compressors. Simplicity at its best!

The original FROG device involved scanning the delay between two pulses.  This meant clumsy translation stages, moving parts, and the need to re-align the device every time it was bumped, moved, or even allowed to remain in place for more than a few hours or days.  Worse, it tends to be sold as an all-purpose measurement device, but the user spend much money and must take it apart and replace all optics to extend to another wavelength range.  You might as well build your own FROG to begin with.  Some companies still sell this device, but it's almost as obsolete as the autocorrelator.

While all optical devices have wavelength-dependent specs to some extent, GRENOUILLE does so a bit more.  This tutorial explains why and what you need to know about this effect to use a GRENOUILLE at different wavelengths.  To summarize, for longer wavelengths, GRENOUILLE can measure shorter pulses.  This is because GRENOUILLE takes advantage of dispersion in nonlinear-optical crystals for its spectral resolution, and crystal dispersion decreases as the light wavelength moves from the visible to the infrared.

Initially, due to its single-shot beam geometry, which uses the transverse spatial coordinate for delay, it seemed that GRENOUILLE could only measure a pulse with a perfect spatial profile; otherwise an inaccurate measurement of the pulse would result.  But GRENOUILLE's use of a thick SHG crystal actually is an interesting feature never before  encountered in pulse measurement.  And more interestingly, this feature actually almost completely removes the beam-profile requirement. The power of the FROG algorithm also helps to make this happen.  Read this tutorial to see why.

The only book ever written on the subject of pulse measurement!

Available for purchase from Amazon.com and any technical book store.